Lucknow’s most popular destination for movies, showtimes, tickets and trailers.

The foundation of Sahu Theatre by Late Shri Shiv Narain Sahu commenced the beginning of a new era for the Sahu Group of companies. The historic building was designed and built by a French Architect in the year 1932, and was initially known by the name of ‘Plaza’ and had a capacity of 650 seats. Later the theatre was called as ‘Regal’ and then ‘Filmistaan’. Finally, as a part of the brand-building exercise, the family name was added to it, and the popular ‘Filmistaan’ came to be known as ‘Sahu Theatre’. It has always stood a class apart in the field of entertainment. The cine complex is one of the landmarks in Hazratganj, the central business area of Lucknow.
As a part of enhancement in the modern era of multiplexes, Sahu Theatre proudly flaunts its latest technology in the Light & Sound system. It was also the first hall to introduce the Kinoton German projector and the Bose Sound system in the state of Uttar Pradesh.
Celebrating 50 years of Sahu group, The Sahu Theatre is completely renovated, modernist with art decor rich heritage interior is a must-visit destination of Lucknow.

Get all our latest updates. 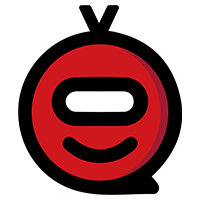